*  £880 Contribution ONLY Including flights , hotels & visa  etc [ you can visit back home or any country

Donate to Contribute
How To Do Umrah ( Procedure )
Benefits Of Umrah

1 -Abu Hurairah (RA) narrates that Prophet (pbuh ) said, ‘’An Umrah to another Umrah will be redemption of sins for whatever (minor) occurs between them’’. (Bukhari, Muslim)

2 -Ibne Masood (RA) said that Prophet (pbuh ) said, ‘’Follow up the Hajj and Umrah, because they certainly remove poverty and sins as fire separates the impurities from iron, gold and silver’’ . (Tirmidhi, Ibne Khuzaimah, Ibne Hibbaan)

3 -Omar bin Khattab said that Prophet (pbuh ) said, ‘’Follow up between the Hajj and Umrah, because certainly succession between the two of them increases the life span and dispels poverty and sins as fire removes impurities.’’ (Baihaqi)

4 -Abu Hurairah (RA) narrates that Prophet (pbuh ) said, ‘’The Jihad of the elderly, weak and the woman is undertaking the Hajj and Umrah.’’ (Nasaai)

5 -Umar bin Abasa (RA) relates that Prophet (pbuh ) said, ‘’Two actions are considered to be the most virtuous of actions, unless if someone performs them in the same way. They are an accepted Hajj and an accepted Umrah.’’

6 -Ibne Umar (RA) narrates that Prophet (pbuh ) said, ‘’The warrior in the cause of Allah, the pilgrim and the one who is performing Umrah are all the delegation of Allah tala. He called them and they responded and they will ask of His bestowals and He will give it to them.’’ (Ibne Majah, Ibne Hibbaan)

7 -Ibne Abbas (RA) relates that Prophet (pbuh ) said, ‘’Umrah performed in the month of Ramadhaan will equal (in rewards) to that of Hajj or Hajj performed with Me (SAW).’’ (Bukhari, Muslim)

8 -Umme Ma'qal (RA) narrates that said, ‘’O Nabi of Allah, I am a very old and sickly lady. Is there any action that I can do which will be sufficient for my Hajj? Nabi (SAW) told her,’’Umrah performed in the month of Ramadhaan equals Hajj.’’ (Abu Dawood, Tirmidhi)

9 -Aisha (RA) said that Nabi (SAW) said, ‘’Whoever leaves his home only for the purpose of Hajj or Umrah and he dies, nothing will be presented to him nor will he have any accountability on the day of Reckoning and it will be said to him, enter into Jannah.’’ (Tabraani Baihaqi)

10 -Anas bin Maalik (RA) said, ‘’The pilgrims and those who perform Umrah are the delegation of Allah. He will give them whatever they ask for, answer their supplications and He will give them better than what they spend. Every Dirham will be multiplied by a thousand. (Baihaqi)

11 -Amr bin Shu’aib narrates from his father who narrates from his grandfather (RA) that Nabi (SAW) said, ‘’The Hujjaj (pilgrims) and those who make Umrah are Allah’s delegation. Whatever they ask for, they will be granted. Whatever supplication they make, it will be answered and whatever they spend, they will be given better in return. I take an oath in the name of Allah, no person says Allahu Akbar on a flat piece of land or says Laa Ilaaha Illallahu on a raised piece of ground except that the grains of sand in front of him says the same words as he had said (Allahu Akbar and Laa Ilaaha Illallah. (Baihaqi)

In Arabic, Umrah means "to visit a populated places''. Umrah is also called Hajj Al-Asghar i.e. "the small Hajj''. It is Sunnat Al-Muakkada h to perform Umrah once in a lifetime. Umrah can be performed throughout the year except during the five days of Hajj.

And Accomplish the Hajj and Umrah for Allah. (The Holy Quran 2:196)

Pilgrims who intend to perform umrah of Hajj Al-Tamattu should complete it before 8thZul-Hijjah, the twelfth month of Islamic calendar.

There are two types of Umrah, depending on whether one wishes to combine the Umrah with Hajj.

2-Umrah Al-tamattu[ in Conjunction With Hajj ]

4Hajj Al-Tamattu' involves performing Umrah and then Hajj, with one Ihram for each. This form of Hajj is considered the best of the three forms of Hajj. It is the one that the Prophet Muhammad ( Pbuh) urged his followers to perform and is the one adopted by most pilgrims from overseas.

I. There are two acts that are Fardh in Umrah

II. And there are two acts that are Wajib in Umrah

Note: If a  fardh is missed,  umrah is not accepted whereas if a wajib is missed, umrah can be completed by performing a  damm (penalty) as an expiation ( kaffarah) for the mistake.

When  some one decides to perform Umrah, then they should assume the Ihram of Umrah before entering the Miqat. If one is  travelling by plane and is not certain about the exact time when one will pass the Miqat or one fears that one may pass over it without knowing, then it is better to wear the Ihram before boarding the plane.

Please note that Ihram is not simply the act of wearing two towels; it is a state or condition in which a Pilgrim enters and immediately certain rules get imposed on him/her.

Prohibitions, in the state of Ihram.

Penalty or Damm becomes compulsory only for breaking Ihram rules or for omitting a Wajib act. There are varying degrees of penalties for various contraventions. Each of the above prohibitions has to be expiated by means of offering a  damm. For details, Please refer Masaâ'il books or Scholars

Some suggestions to take note of, while beginning the pilgrimage

London Muslims Get Together

Please scroll down to see more below

or Imams and Discuss About your Issues and find the right solutions & Community Services in'sha'Allah.

* sighting a Magnificent , outstanding  natural beauty designated place on the greenbult in the accessible area of  London .

* All brothers are welcome . Sisters are having segregated and separated group .

* All is free but you can donate to contribute in’sha’Allah Generously whtaeveter you can,its fine if you cant afford to do so

* Brothers Dinner Get together  Every Thursday 29-08-2019 ,8pm , Please join us from Maghrib salah at 2pm there  the venue . thanks jazakAllahu Ahsnul jaza

* Brothers Tea Get together  Every  Sunday 4pm ,wednesday 7pm & Friday 7 pm , Please join us from Aser salah at 6pm there the venue . Thanks jazakAllahu Ahsnul jaza ...........see more events below

please book your place [ for essential arrangement ] by simply whatsapp text on 07723504826 & ask for more if you need to .or Click simply to Join below  ,then we ll send 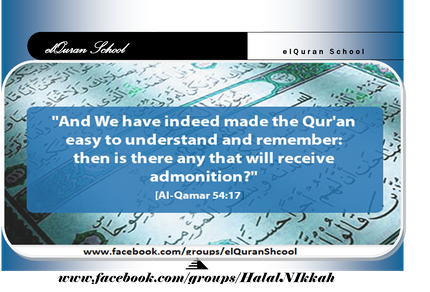 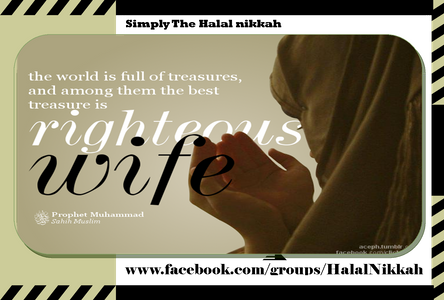