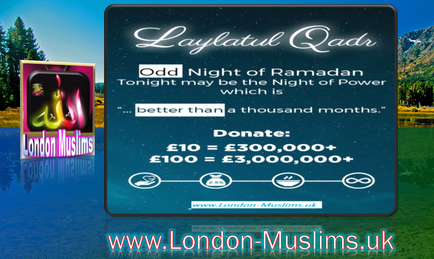 Ramadhan -The Month Of Quran 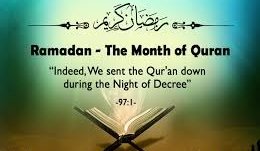 What Quran tells us about Ramadhan 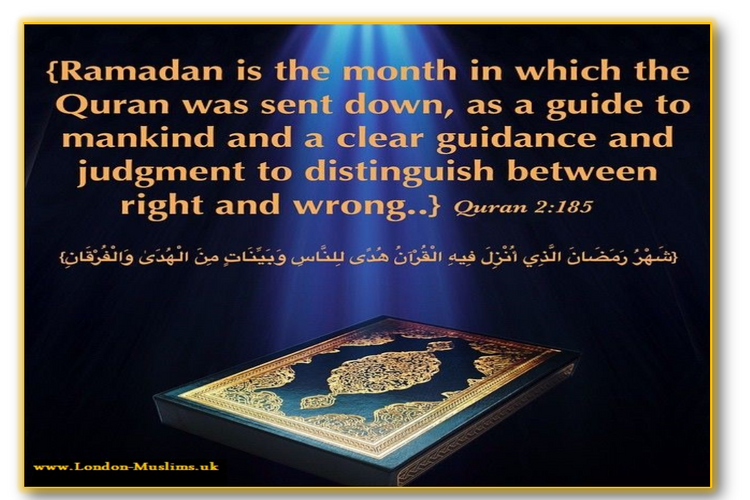 Ramadan is the sacred month in which Holy Quran was revealed on the Final Prophet Mohammad [pbuh ] In Night of Power [Layla tul Qader ] Of Ramadhan From The preserved tablet [ Lohey mahfouz ] then over the period of 23 years that the the period of prophet Mohammad [pbuh] prophethood -10 years in Makkah city & 13 years in city of madinah where Islam has been completed forever .

The beginning of this month marks the commencement of the period of reflection, soul searching, and devotion to Allah. There are numerous benefits of fasting. The biggest of all is the fact that fasting is an act of worship of Allah. Fasting also equips a believer with self-control and leads to the development of will power. It is an opportunity to gain by giving up, to prosper by going without and to grow stronger by conquering weakness.

Its also give us realization & sympathy about people to help them who suffers like hungriness etc .

In the holy Quran, The place where Allah Tala mentioned the revelation of Quran in Ramadhan and also has enjoined fasting upon Muslims.

The verses of Surah al-Baqarah from 183 to 187 mention the obligation of fasting in Ramadan. They were revealed to the Prophet Muhammad (PBUH) in the first year of Hijrah (migration).

The following are the verses in Quran about Ramadan and Fasting 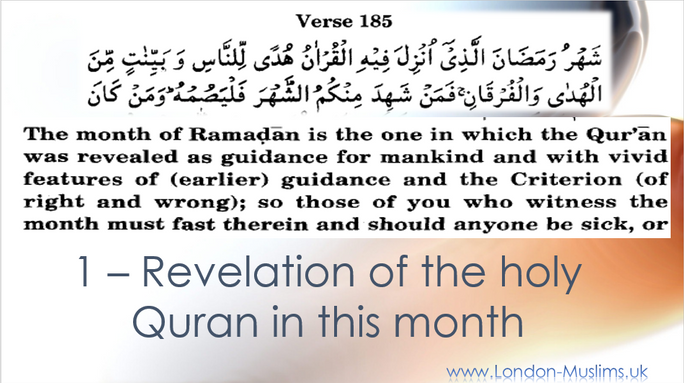 “O you who have believed, decreed upon you is fasting as it was decreed upon those before you that you may become righteous” (2:183)

“[Fasting for] a limited number of days. So whoever among you is ill or on a journey [during them] - then an equal number of days [are to be made up]. And upon those who are able [to fast, but with hardship] - a ransom [as a substitute] of feeding a poor person [each day]. And whoever volunteers excess - it is better for him. But to fast is best for you, if you only knew.” (2:184)

“The month of Ramadan [is that] in which was revealed the Qur'an, a guidance for the people and clear proofs of guidance and criterion. So whoever sights [the new moon of] the month, let him fast it; and whoever is ill or on a journey - then an equal number of other days. Allah intends for you ease and does not intend for you hardship and [wants] for you to complete the period and to glorify Allah for that [to] which He has guided you, and perhaps you will be grateful.” (2:185)

“And when My servants ask you, [O Muhammad], concerning Me - indeed I am near. I respond to the invocation of the supplicant when he calls upon Me. So let them respond to Me [by obedience] and believe in Me that they may be [rightly] guided.”(2:186)

“It has been made permissible for you the night preceding fasting to go to your wives [for sexual relations]. They are clothing for you and you are clothing for them. Allah knows that you used to deceive yourselves, so He accepted your repentance and forgave you. So now, have relations with them and seek that which Allah has decreed for you. And eat and drink until the white thread of dawn becomes distinct to you from the black thread [of night]. Then complete the fast until the sunset. And do not have relations with them as long as you are staying for worship in the mosques. These are the limits [set by] Allah, so do not approach them. Thus does Allah make clear His ordinances to the people that they may become righteous.” (2:187)

There are four main themes that can be identified in the verses of the Holy Quran about Ramadan:

1 -The revelation of the Holy Quran in the month of Ramadan.

3 -The importance of Dhikr (remembrance of Allah).

The month of forgiveness, charity, dua, fasting and uncountable blessings of Allah is upon us. May Allah enable all of us to reap its blessings, ameen.

Keep visiting www.London-Muslims.uk/RamadhanFasting.html   page to get your daily dose of spirituality this Ramadan and know how this Holy month is being celebrated by Muslims around the world.

Please share with others as well thanks JazakAllahu ahnsul jaza

Have Your Say Please !